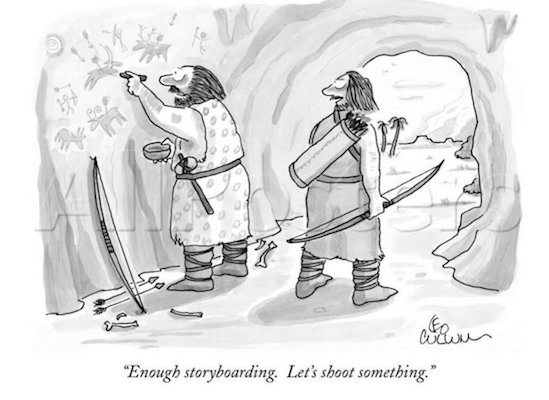 When I work with teams on executing strategy, there often comes a point where there is big idea on the table, and everyone seems to agree that it is the right idea, but they seem hesitant to commit to it.

The typical answer is, “We need to do more analysis.”

That might be true, and I am never recommending reckless action, but in so many instances, the idea of further study is chosen not because it is necessary, but because it feels safer.

Analysis always feels safer than deciding, because it feels like you are taking action…

…and as long as you are still analyzing, you are never wrong. Once you decide, you can be wrong.

Before you decide to do more study, it’s really important to clarify just how expensive more analysis is, what you will really gain from it, and what else you could be doing instead.

Analysis is not as safe as it feels, because it is so very expensive in terms of resources, and time, and missed opportunity cost.

First you have the salary cost of the people doing the analysis instead of doing something else, and you also have the cost of every minute you delay getting the new, important work started.

What else will you learn?

When you are deciding whether to study more or go, a key thing to ask is,

“What else could we learn that would make a difference in how we decide vs. today?”

I was working with a CEO and his executive team on their strategy when we came to an interesting point in the day about their needing a game-changing initiative.

The group presented their best ideas, and discussed them. We narrowed the list to three really cool ideas.

Then came the big question.

Which is THE one? Where will this team focus and invest to create a dramatic shift in their market?

At this point in the meeting the team was feeling pretty good about the choices, but decided that the next step would be to take these ideas and study them for three weeks and come back with a recommendation of which one to pursue.

Why not decide right now?

The team had entered this meeting wanting to get aligned on their strategy and come out with clear actions to implement it. They had already studied these options to prepare for this meeting. Now they were going off for more study.

I asked the question — Why not pick now?  What will you learn in 3 weeks that you don’t know today?  What additional data exists that will give you more insight?

When you reach a point where you pretty sure you know what to do, but are tempted to pursue further study, ask these questions:

If there is crucial, get-able data, that will make material difference, then get it.

But if you are looking for “extra” data to make you feel more comfortable, that won’t likely change your decision, or if the data is not get-able, then don’t bother.

The team realized that in three weeks, they probably would not learn anything materially different than what they already knew.

So they decided.  They picked one.

The other cost of study that I mentioned and is often under valued, is the cost of delaying the start of the real work.

In the case of this client, instead of leaving the meeting with a bunch of tasks to study the choices, right there in the meeting we worked on the action plan to get the game changer started.

We evaluated the stakeholders and adversaries, cataloged resource requirements, and created the list of the first 5 questions to be answered and subsequent decisions to be made.

We put dates in place for the first draft of the business proposal.  We talked about the timeline and approach for getting employee buy-in. They were moving forward.

Think about how much cost this team saved.

Without a decision, multiple people would have left the room with a task to study for three weeks. That would take a toll on their day job, AND not move the new strategy forward.

Instead they left with productive tasks to make real forward progress.

Leaders never have all the data

Leaders are leaders because they go forward before they have all the data.

ALL the data never exists anyway.

At some point you need accept the data you have, and choose to more forward without seeking enough data to make you feel comfortable that there is little to no risk.

It’s the LEADERS who leave a trail of data for everyone else to follow.