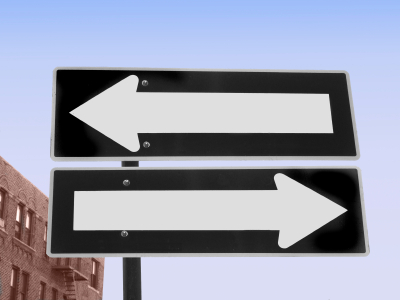 I have written many articles about Authentic Networking, that are about using a genuine, generous approach to building your “extra team”.

We all need this type of network.

The basic premise of
Authentic Networking is:

* Meet new people because they genuinely interest you
* Build and put value into your network by giving.
* Network with the people you already know — before you need anything.
* Give more than you take, always.

I often say that even if you never meet another person in your whole life, you should still be putting value into the network of people you already know!

OK, but what about the kind of networking where the primary purpose is to meet new people to “sell to” — to recruit new clients, generate leads, raise money or find a job.

The thing many people struggle with here, is that although selling (or getting something) is the ultimate goal, it should never be the initial networking goal.

Success = Meet a new important person and get them to do, give me, or commit to something.

This is stressful because 1. The bar is too high, and 2. It doesn’t work.

Instead think about setting your networking goal as:

Success = Meet a new person and get an invitation to talk again.

Modifying the goal from selling to meeting sidesteps two bad behaviors people run into when building a network to sell to.

1. Don’t try to close the deal

In fact, don’t even try to open the deal in the first meeting!

Here is good story about this:

A very competent PR person was at a networking event (where prospects for her firm were present) and she was having a great time talking to a man for about 20 minutes. They were both enjoying the conversation. Then the discussion came to, “What do you do?”

When it was revealed that she was a PR person and he was a CEO, she became uncomfortable for two reasons.

1. He is a CEO and therefore a potential client that I should be selling.
2. He will be turned off by the fact that I am a PR person who wants to sell him.

Alternatively, if she had set the goal as: meet a new friend, she could have declared the whole thing a great success, and set her agency up for future selling opportunities.

When the “what do you do?” came up and he said, “I’m a CEO” she could have said, “That’s great, tell me more”. She would have learned something about his business, that might have provided a hook that would be useful later.

Offer something of value

Then after continuing the conversation she could say, “I enjoyed talking to you very much. You know, our firm works with a number of CEO’s who share similar business challenges. Why don’t we set up a call and I can share some of the interesting benchmark data we’ve collected?

It’s important to realize it might be 5 or 6 conversations before you get around to selling what you are selling. That’s OK. That’s networking.

If you set your goal on making a new friend, the other benefit is that after a few conversations you have also earned the right to ask, “Do you know someone else I should be talking to?” That’s a way to meet even more people.

I can tell you that several of the biggest wins in my business have come 1-2 years after meeting someone, staying in touch with them because we liked each other, and then later getting introduced by that person to a prospect, sale, or media channel.

The part that makes this work is to stay in touch. Keeping in touch with people you already know is a huge part successful networking. Your network only has value if you put value into it. Here are 10 ideas for doing that.

2. Don’t try to be Impressive

No one is ever more impressive when they are trying to be impressive!

Once you take away the pressure to be a fascinating, interesting, important person, you will come off much better. There is almost nothing less interesting then someone who is trying very hard to be interesting.

I think it is a fairly old adage to be interested instead of being interesting.

When someone is trying to too hard to be impressive, they become in-authentic and it shows. Nervous energy bleeds through. And they can seem overbearing or desperate. It’s not always malicious or on purpose. Sometimes insecurity just gets the best of you.

When this happens it is important to get yourself into a different communication mode. You need to calm down. Listen. Be helpful.

The best way I have found to achieve this mental shift is to think of every new prospect as though they are a good friend you genuinely want to help.

If your ultimate goal is to cultivate a prospect or develop a sale, what could be better than first thinking, “What would I do if this was my best friend, and I was genuinely trying to help them in a way that they actually need help?”

You would be motivated to ask questions, to listen, to understand what they were really going through, so you could maybe think of a way to help them.

This type of conversation is authentic. It is very comfortable for you and disarming for them. And it allows you to automatically avoid the risk of being annoying by trying too hard to be impressive (or selling too soon). It also lets you find out what kind of help they actually need!

If they need something that whatever you are selling doesn’t offer, then don’t offer it. You wouldn’t do that to your friend, so why would you do it to anyone?

Instead think, well darn, there is not an opportunity right now for me to get what I am hoping for, so let me put that aside and figure out some other way I might be able to actually help.


This keeps the door open — still a good outcome.

Let’s go back to the example, if you are a PR person, and if the CEO tells you his biggest issue right now is that they lost the two key developers of their product, what would you say to your best friend? Would you say, “Hey, I bet you could use some PR?”

If you care about your friend you might say, “That sounds tough, do you know what you are going to do? Can I help?

Maybe you can introduce them to someone going through something similar. As the conversation continues you might find a way you can actually help. You might even stumble upon an angle where a PR program could buy them some time to fix their development issue.

By being genuinely helpful you are focusing your energy and the discussion in the most productive way, and you will gather the most insight that you can apply to selling later.

Also being helpful has the added benefit of getting them to see you as helpful!

So when they can eventually see that they need what you do, they will be favorably inclined to talk to you about it. They will want to spend more time with you.

If you start by selling or trying on purpose to be brilliant, you more often than not come off as aggressive and annoying – even if your intentions are completely honorable.

But when you stop focusing on your agenda and instead actually care about what others think and need, you will create future opportunities to connect, and you will BE more impressive.

By doing this consistently, you will build a self-referring network of possibilities for future selling.

For those of you that are great at this, please help all of us by leaving some ideas about how you open doors and maintain contact with your prospects.

Just leave a note in the comment box below. Thanks!