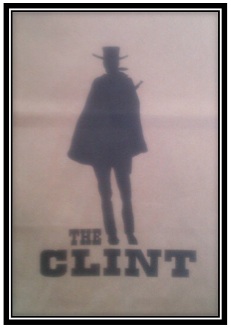 Every month I do a webinar, and then I do a blog post with a summary and a link to listen.

So…here is the link to

But this month, and because this webinar was about networking,

…for the sole reason of being scared to do it, and doing it anyway.

I was a guest at an awards dinner for “The Clint” golf tournament at Clint Eastwood’s Tehama golf club in Carmel Valley near where I live.

When I saw Bill Murray and Clint Eastwood sitting together at a table, I decided (with significant trepidation) to walk up and say,

“Please forgive the intrusion, My name is Patty…

…I am a guest here, and I just wanted to take a moment to say thank you. Thank you for this dinner, this place is beautiful, and I’d like to thank you both for your lifetime of work so far – which I have really enjoyed.”

First and foremost, I didn’t die.

Clint only glanced sideways at me, but he was smiling. Bill Murray said, “What was your name again?”. I put my card on the table in front of him, and said, “Patty”.

I answered VERY briefly, and focused the conversation back on them.

They talked to me for about 5 minutes.

Bill Murray then said to me, “You do know you are crazy? But it’s OK because you are pretty”.

OK. If that’s not a life-experience win, I don’t know what is. Bill Murray said *I* was crazy!

…I smiled, apologized again for the intrusion and then wished them a good night.

Then later, when Bill Murray went to the dance floor by himself, I got up and danced with him. (Why, not? He said I was crazy.) He twirled me once. And I twirled him once!

I did all the things I talked about in the webinar.

1. Put yourself out there, be friendly, be interested in them, don’t ask for anything, give something, don’t be boring, be brief.

2. My “give” was to say thank you and give them feedback, (and not bore them with “taking” too much time, or by promoting my own agenda in any way.)

I did this only to challenge myself. General networking doesn’t scare me anymore, though it used to. So I decided to do something that was scary, as I am always encouraging others to do.

I promise, it gets easier as long as you do it. So next time for me, networking will be even easier after this!

I was invited to this dinner by two gentlemen who had played in the golf tournament. I did not know them well. One I had met once briefly, and the other not at all before this dinner.

The introvert in me considered staying home! But I decided to put myself out there, and I am glad I did.

I had a genuinely, lovely time with my hosts. The Bill/Clint maneuver amused them too, and they were cheering me on. They are both interesting, powerful, well connected people. I did not ask them for anything. Nor did they ask me.

We liked each other. We all expressed interest in staying connected. I have plans to meet the wife of one of them, and I offered to help with their foundation to raise awareness and money to cure lung cancer. The wife of the other one is a respected TV news anchor.

I made 2 new friends. That is a great outcome.

A specific, valuable business outcome for any one of us may or may not come from this meeting. It might happen tomorrow, or 10 years from now, if it does at all.

It’s also worth noting that I was introduced to the man who invited me, by someone I first met over 20 years ago, because he thought the two of us would enjoy and benefit from being connected. 20 years!

So (back to the webinar summary) in brief:

What we talked about in the webinar:

All downloads are free for members.

Provide membership to your team

Membership to the Azzarello Group Business Leaders’ program is a practical and useful development program.
(Contact me for group rates)

Don't inflict your slides on others
Where school steered us wrong
© 2021 ALL MATERIALS COPYRIGHT AZZARELLO GROUP, INC. | CONTACT | PRIVACY