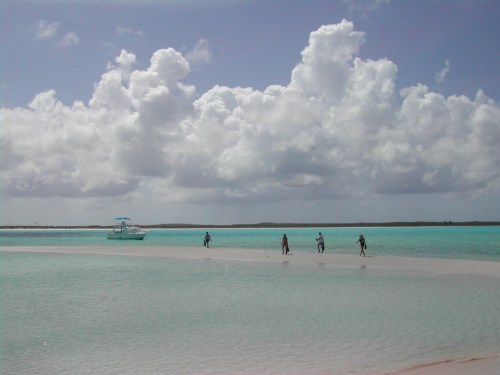 One thing no one ever tells you about executive positions…

…is that a big part of success is simply surviving them!

As a leader it is vitally important that you maximize the energy you bring to your work.

When your energy is low, you are just not very good at your job.

So you need to be clear that part of your job is to make, and keep yourself OK, despite the stress of the job, and the many things lining up to kill you each week.

I picked this topic because I am writing this before leaving on vacation, (and you’ll be reading this while I am on vacation.) I am managing my energy this week, scuba diving in the Bahamas.

I have come across some really interesting pieces of information about brain science, as it affects attitude and positive energy.   I wanted to collect them in one place, because together they tell an interesting story.

The punchline of the story:  You need to do stuff on purpose to be happy.

1. How long can you stay angry?

From Jill Bolte Taylor’s book:  My Stroke of Insight, she talks about the fact that there is a physiological response to anger.  She writes: Once triggered, the chemical released by my brain surges through my body and I have a physiological experience. Within 90 seconds from the initial trigger, the chemical component of my anger has completely dissipated from my blood and my automatic response is over.  If however, I remain angry after those 90 seconds have passed, then it is because I have chosen to let that circuit continue to run.


Basically, if you get angry, you’ve got 90 seconds of real anger that is a physiological experience.  If you stay angry after 90 seconds, it’s entirely up to you.

After 90 seconds you are using up energy specifically to stay angry.

2. The Default Mode of the Brain is Negative

A friend of mine is studying the brain science of meditation, and told me two fascinating things, that made a lot of sense to me.

The brain’s default mode is negative. So all those stories, sequences, decision loops, doubts, and obsessions that your brain puts you through — all the negative processing, is actually the default mode of the brain.  Yuk!

The fear response.
The other shoe to drop on this negative-default topic, is with regard to the amygdala. The amygdala is the oldest part of our brain that has not evolved since we were cave men waking up at 2am because a tiger came into the cave. Actually it’s not evolved since way before then, which is why it’s often referred to as the lizard brain.

The amygdala is responsible for the fight or flight, survival response — the raw, paralyzing, fear response, that puts you at your most threatened and defensive.

When that response is triggered, blood actually rushes to your limbs (to get stronger for the impending fight or flight), which means it rushes out of your brain! So in the moment of threat, you are actually less mentally capable.

The new piece of brain science emerging from this, that my friend told me about, is that long periods of extended, severe stress can make the amygdala response part of your default brain response.

If this has happened, and your brain has recruited the amygdala to participate in it’s default, negative mode, then even the  slightest nudge or input (think, dropped phone call vs. tiger in the cave) would trigger an extreme anger/stress/threat response. How painful would that be? You can see how stress can build upon itself to the extreme, if you don’t get a break from it.

3. How to get a break? Trade one stress for another!

The reason was that the people who had children were forced to “turn off” the work stress because their children required their full attention during parts of the day.  The people who did not have an alternative stress to switch over to, those who alternated between stress and “rest”,  actually ended up more stressed than the people who got to alternate between different sources of stress.

There is more science to say that a stressed brain, gets more useful rest given something else to work on vs. being idle. Remember, idle/default mode is negative.

(This made me think of something I often say — that happy people make bad art.  Perhaps many of the great artists created their works because they intuitively knew they needed to give their  brain something to focus on instead of the stress that was causing their despair.)

I was traveling through an airport a few weeks ago, and caught a news story about how distracted we all our by the amount of information we have to contend with on all our electronic devices, social networks, and many browser windows (and televisions in airports).

The point that leapt out at me, (which I typed into my blackberry on the spot), was about a study of highly distracted, stressed people… “[in mice] under stress, the areas of their brains associated with habit formation grew, while those linked to decision making and goal achievement shriveled.”  I found the source info here.

Do stuff on purpose. Actively do things to keep your brain out of the default negative mode.

Acknowledge that happiness is not the easy, default state. It requires effort.  Focus on things that make you happy or bring you fulfillment, and do them on purpose.  On purpose = actually schedule time in your life to do the things that fuel your energy.

Be careful of anger.
Remember that you have an excuse for only 90 seconds – a physical process that makes you angry, after that it’s up to you.  And the more you choose to stay angry, the more you stay in extreme stress, the more you encourage the already negative default mode of your brain to recruit the amygdala and make it far worse.

When you need a break, try keeping your brain busy
with something instead of “zoning out”. Since even switching one stress for another stress has proven to be more restful than resting your brain, next time you need to de-stress, try something that is mentally challenging but fun for you, and see if you feel better than letting your brain fester in a negative “rest” state.

Finally, from Elizabeth Gilbert‘s Eat, Pray, Love, describing something from one of her teachers:

…People universally tend to think that happiness is a stroke of luck, something that will maybe descend upon you like fine weather if you are fortunate enough.  But that’s not how happiness works.  Happiness is the consequence of personal effort, […] and once you have sustained a state of happiness, you must never become lax about maintaining it…