As I was writing the title for this post, I recalled when a former boss told me, “What I need most from you is to cope. I need you to be willing to come back every day.”

This was a real gift to me because sometimes merely coping with the strain of a tough job seems all you can really do. You’re worried about not adding enough value because you are barely coping. But this comment made me think about truly, how much trouble it would be for your boss if you weren’t there — coping!

So give yourself some slack. Work is hard. Coping is an accomplishment on its own.

I’ve written two articles about managing energy, one about Time Management & Happiness, and another one about understanding your energy and the internet.

But I’ve recently re-learned a key lesson that I want to share.

I was returning from Europe on a Thursday. I actually paid money to change my flight from Friday to Thursday because I had a client schedule a 2 day session with me on the following Monday. I could not be jet-lagged for a client — they were expecting my maximum performance, so I decided to come home a day early to ensure I was fully rested.

But then I got stuck in Frankfurt on Thursday and didn’t get home until Friday night anyway — which I paid extra for! And the manner I got stuck was an epic and an entirely stupid, avoidable screwup of the airline.

You know how sometimes when you get selected for “random screening” when you try to board the plane? Typically, you take 5 steps to the left, someone searches your bag and pats you down, and then you get on the plane. Well this time, there was no one there to do the extra search — they let me on the plane anyway. Weird.

After sitting on the plane for 90 minutes, they announced that we couldn’t take off because “8 passengers were not screened properly”.

Then we sat on the plane for another hour while they figured out what to do because the crew would time out before we got to San Francisco. So they then made an announcement that we were going to land in Chicago.

At that time, many passengers wanted to get off the plane. And as soon as that happened, they had to cancel the flight because the crew would time out even for Chicago.

For the life of me, I can not figure out:

1. Why they didn’t say “You 8 people stand over here. You can’t get on the plane yet — and then find a screener.
2. Why did it take 90 minutes to get 8 people off a plane. “Will the following 8 people please gather your belongings and come to the front of the plane?”

Because I had this client on Monday morning my number one goal was to preserve my energy.

I kept thinking about the Apollo 13 movie where they had to get really creative because there was only a finite amount of battery power in reserve, and they had to use it sparingly and in unusual ways to preserve every drop to accomplish the goal.

Preserving my energy became my goal.

I realized that if I were to get worried or angry, that it would be draining my finite energy reserves for Monday morning.

I thought back to another time when this worry-energy link became very clear to me for the first time. I was on a bike ride where we got stuck on a tough climb for 2 hours basically in a monsoon. Every time there was a gust of wind, I panicked because I was afraid the wind was going to throw me off my bike either into the traffic, or off the cliff edge. It was truly terrifying.

But what I experienced was that every time I panicked, my legs got weak. Every time. It was not subtle. If I was scared my legs stopped working. So I really focused on not panicking, and I was able to keep my legs working and to finish this very grueling and wet climb. I learned an important lesson. Fear makes your legs tired.

So during these many hours in Frankfurt which were tiring on their own, with this in mind, I kept very focused on not worrying. Not worrying about how it would turn out, and if I would be OK on Monday morning. There may have been good reason to worry, but by not worrying, I was keeping my battery reserves up.

During these many hours, I also watched so many people being angry.

There was one business man who was particularly outraged for the whole 8 hours we were all being delayed together. I kept watching him maintaining his anger so vehemently, so that he could let us all know how very important he was, and how totally unacceptable this was.

I just kept looking at him thinking, “that looks so exhausting”.

So I really focused on keeping a smile on my face, laughing about how I paid extra for this, and being kind and friendly to the people around me.

I ended up at the hotel at the Frankfurt airport in a very comfortable bed and got a great night’s sleep. No stress.

I got home the next day, and spent the weekend still not worrying about Monday because I was still focused on keeping the reserves in the battery up. When Monday came, I felt fine. My performance for my customer was what it should have been.

You don’t need to stay angry

Awhile back I wrote an article, Your brain on stress referring to the research of a brain scientist who noted that the electrical and chemical process in your body when you get angry lasts for 90 seconds. Anger is a real thing in your body… For 90 seconds.

But after 90 seconds it’s totally up to you.

I see a lot of people hold on to anger for a lot of reasons. I won’t get into all of them here, but I only want to say, if you want more energy, spend less time being angry.

How to stop being angry

This is a big question that funds lots of therapists, but the bottom line is that if you want to spend less time being angry you need to spend more time being happy.

The way I personally do this involves two approaches.

1. Drive it out with something else

When something has hurt me or made me very angry, when those thoughts attack my mind once again (usually when I am alone), I will do something to crowd them out. For me it’s either to try to talk out-load in Italian (which uses every last fiber of my brain, so there is no room for anger) or I will sing a song. Calling a friend or doing something creative also works for me. For some people exercise does the trick.

It’s not sophisticated, but for me that will flip the switch once the 90 seconds of real anger has subsided.

2. I will literally think of it on a schedule basis

If I want to spend more time thinking happy thoughts than negative ones, I imagine a calendar with 99% of its time blocks in white, and then one small block in black where I can be angry or hurt or sad for a half an hour.

It’s not that I stick to that particular schedule, but this calendar image and metaphor helps me not let the negativity intrude on my life in times when I really need to preserve my energy.

I learned this from an interview I heard with the Dali Lama who said that he spends 30 minutes per day focused on all the sorrow and suffering in the world to acknowledge it and to grieve, but no more than that. I thought that was brilliant. 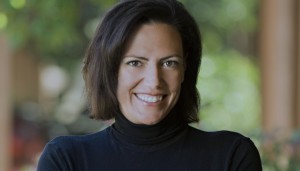