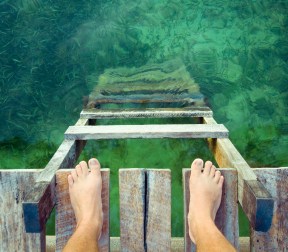 Are you implementing your strategy
or studying it?

I was working with a CEO and his executive team on their strategy when we came to an interesting point in the day about their needing a game-changing initiative.

The group brainstormed for awhile, and discussed several potential game changers.  We narrowed the list to three really cool ideas.

Then came the big question.

Which is THE one? Where will this team focus and invest to create a dramatic shift in their market?

At this point in the meeting the team was feeling pretty good about the choices, but decided that the next step would be to take these ideas and study them for three weeks and come back with a recommendation of which one to pursue.

Why not decide right now?

The team had entered this meeting wanting to get aligned on their strategy and come out with clear actions to implement it.  Now they were going off for more study.

I asked the question – Why not pick now?  What will you learn in 3 weeks that you don’t know today?  What additional data exists that will give you more insight?

The team realized that in three weeks, they probably would not learn anything materially different than what they already knew.  That’s the thing about a being a game changer.  Leaders never have all the data.

The leaders leave a trail of data behind them.

So they decided.  They picked one.

Instead of leaving the meeting with a bunch of tasks to study the choices, right there in the meeting we worked on the action plan to get a game changer started.  We evaluated the stakeholders and adversaries, cataloged resource requirements, and created the list of the first 5 questions to be answered and subsequent decisions to be made.  We put dates in place for the first draft of the business proposal.  We talked about the timeline and approach for getting employee buy-in. They were moving forward.

Think about how much time this team saved.

Without a decision, multiple people would have left the room with a task to study for three weeks. That would take a toll on their day job, AND not move the new strategy forward.  Instead they left with productive tasks to make real forward progress.

Why is it hard to decide?

When I work with groups that have plenty of data, I find two surprising reasons why they have trouble deciding.

It’s not so much that they are afraid they are making a bad choice, or afraid of the risk that comes with choice.  It’s one of two things:

1. The leader does not want to force it through

So the study is seen as an opportunity to get participation and buy in, so the leader is not seen as railroading the decision through the organization.

So the study is seen as an opportunity for the team to satisfy the leader that their recommendation is valid because the choices have been fully studied and justified.

You are allowed to pick!

What is so interesting is that in many cases, the team actually doesn’t mind if the leader states his choice, and the leader does not actually require more data!  They just get locked in this default behavior to collect more data to satisfy a need that doesn’t exist.

Talk about it.  Make a decision. You are allowed.

There is time for market analysis and study, and there are times when either you know the answer, or there is no more useful data to be had.

When you think you have reached this point ask yourself these questions:

.
By all means, if there is knowable data, go find it.  But if you’ve exhaused the knowable data, stop studying!  Start moving something forward and learn as you go.

If you fail, fail quickly. Then don’t try to save a bad idea by throwing more money at it.  Learn, then try something else if necessary.

The most successful companies are not the ones that do everything right, they are the ones that can fund their mistakes, and eventually come up with the winning play.

What blocks your team from making decisions and forward progress?  Leave your thoughts in the comment box or contact me to talk about it.

How to Talk (or sell) to Executives
10 Ways to Sell Your Ideas
© 2018 ALL MATERIALS COPYRIGHT AZZARELLO GROUP, INC. | CONTACT | PRIVACY