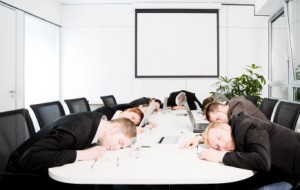 Throughout my whole career I kept hearing discussions about consensus vs. command and they always rubbed me the wrong way…

What actually works was never such a mystery to me.

The problem is that people would talk about consensus or command as the only two choices for management style.

“Nice” organizations who moved too slow were dismissed as “consensus-driven”, and nasty, aggressive organizations that bullied people and got results leaving a trail of casualties — had leaders who were seen as “commanding”.

What works is simply this:

1. Listen to everyone to get the most robust and complete input
2. Then allow the decision maker to make the decision
3. Move forward

The problem with “Consensus”

“Consensus” breaks down when the discussion never moves past the input and discussion phase.

It breaks down because leaders wait for everyone to agree before moving forward. Everyone will never agree.

You get stuck. Or you go so slow you become irrelevant.

The problem with “Command”

“Command” breaks down when you make a clear, fast decision and just give orders without letting anyone speak their mind and share their opinions and knowledge.

When you seek no input, people are not bought in, they don’t know what to do next, and they don’t feel respected. So they are not motivated to move forward quickly.

You can still end up stuck, or moving too slowly, even though you were “very clear” in what you commanded.

Command is sometimes necessary. It becomes the only option if you have a crisis and very limited time — when you simply don’t have time to get input.

What does work? Get input, Make a Decision

But If you have time to get input, you are always better off to have the discussion, encourage the debate — and then make a decision.

I once had a new staff which was used to the consensus-oriented, “don’t-act-untill-everyone-agrees-or-basically-never” school of management.

I remember, after a heated discussion, the first time I pointed the person on my team who owned the decision and said, “OK, you’ve heard all or our input, it’s your decision, what do you decide?”.

Everyone was stunned. “Can we really DO that?” They couldn’t believe that we were allowed to stop talking and move forward.

It’s the technique I have always used.

The key to moving forward:

A great, simple tool I use to encourage this style of management is a the model of Debate Phase vs. Go Phase. For every initiative or decision, there is DEBATE time and there is GO time.

During debate time, I make it clear that I want to hear people’s opinions. I want to hear the arguments. I want everyone to fight for their point of view. That’s how I get the best and most complete information.

This simple frame and set of labels builds an atmosphere of higher trust because people can understand the rules of the game.

Then once you announce the decision has been made and make it clear that it’s GO time, people trust that you will stick to the decision, and that the expected and valued behavior is action, not more talking.

If you want more ideas to get your organization moving forward you can learn about the strategy work I do with leadership teams.

Lesson from the dogs...
Do one thing differently this year
© 2021 ALL MATERIALS COPYRIGHT AZZARELLO GROUP, INC. | CONTACT | PRIVACY