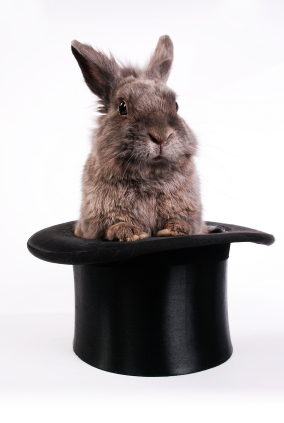 Do you have the data?

People often ask me if they should keep a work journal of some kind.

I was encouraged to do this early in my career — I did it for awhile.

Was it worthwhile? I wasn’t sure.

But then something happened…

A manager who worked for me was really annoying me. It got to the point where I decided the organization would be better off without him.

When I talked to my boss about it he said, “Oh, I don’t know… he’s been in place for a long time, and I’m not sure you’ll have the support to make that move.”

But then he said, “Can you give me an example of what you mean?”

So, I went back to my journal, and in a moment I was able produce a list of about 20 transgressions which occurred over the last 6 months.

It included things like failing to communicate important information to his team, speaking badly of employees with his peers, not delivering on commitments then blaming it on others, taking credit for other’s work, being out of touch then miscommunicating things that led to confusion and re-work, undermining management decisions… And every entry had a date stamp.

There were two big aha’s for me in this moment.

1. I would not have had support to take action on this without all this data
2. I would never have been able to produce this data after the fact

So the lesson that I learned is this:

Keep a record of things that annoy you

I have given up on general journaling, but now if there is anything that I am struggling with, or that is annoying me, I create page where I note everything that occurs with regard to that irritant.

I note the date and specifically what happened — Not how I felt about it, just the facts.

I still do this in a physical notebook. If you use technology for your notes, you can make a file for things that annoy you, with a page or record for each violator. This can be a person, a task, a process — whatever is annoying you. Then make a note each time something happens.

The big benefit of having the actual record in front of you, is that you can clearly see if this is a real problem or not. And if it is, you’ve already got it fully documented. And it makes you feel better.

There are three useful outcomes I have found from keeping a record of what is annoying.

If you look at the data you collected, as I did in my case with this manager, you can clearly see, yes it is a real problem. And the list gives you both the appetite and the support to act on it.

It is almost impossible to re-create data after the fact.

But if you have maintained a list of dates and specifics about what happened, you have a lot of power to act on it.

This approach works for other annoying things too.

If there is a process (or lack of one) that feels frustrating, feels like it’s wasting your time, make a note of the date and how much time you spent on it when it annoys you.

After a couple of months you can make a judgment if it’s worth addressing. If it is, your notes are automatically a great specification of what the solution needs to look like. You are not starting with a blank page.

If there are colleagues that seem to be complaining about something you’re not sure is important, or too-frequently involving you on things you shouldn’t be involved in, or making too many requests of your team’s time, make a record each time it happens.

You’ll see if there is a trend or not, and if there is, it will become clear what to do about it. And you’ll have the data to support making a change right at your fingertips.

If there is someone who is bullying you, or putting you down, make a note each time it happens. I’ve also found that writing it down takes some of the immediate sting out of the situation.

Then you can read over the record to build your confidence that you are not imagining it. It gives you a clear, factual, non-emotional point of view to decide if and how you want to change the dynamic.

If you don’t write it down, you carry the bad feelings longer each time, and when you try to explain to yourself or someone else how bad it is, you lack specifics. So it’s hard to make a clear case that you are being abused. You’ll stay stuck longer.

Outcome #2. This is real problem, but it’s my problem

I was working with an executive who was being driven crazy by a micro-managing boss. He started noting the date and issue of each offense, and after a couple of months he realized that the problem was his own emotional response. He hated being micromanaged so much that when it occasionally happened, he was blowing it out of proportion.

When something really bugs you, it can become a trigger and feel like a bigger deal than it is.

The notes helped him see that the specific behavior from his boss was not that frequent — it’s just that if it happened at all, it made him angry and miserable. The data allowed him to put it in perspective and not get as upset about it.

Outcome #3 – This is a real problem, but I can live with it

One last insight that I found surprising was when I was in a really hard job for about 2 years. During about a year in the middle, I didn’t think I was going to make it. I was miserable. It was a combination of things: my boss, the business challenge, other organizations attacking….

When I read over my journal during this period, I noticed a pattern… There would be about 2 weeks of entries that said things like, “I can’t stand this anymore, I have to get out. I can not take another week”, but then there would be 3-4 weeks of things like, “we won product of the year”, or “I got a nice thank you from my boss’s boss.”

Seeing this pattern helped me realize that I could survive this. It wasn’t a matter of needing to gut it out for years, the pattern was that I needed to survive for a week or two, and then it would get OK for awhile.

This particular job was giving me great experience to put me on a path to becoming a CEO, so I decided to stick it out. I was able to stick it out because I had my own words proving to me that I could survive.

Many times over the years, by using this approach, I have been successfully able to drive change, negotiate something, fix bad processes, win-over adversaries, and just generally get the over-processing of annoying things out of my head.

Having a record of the things that bug you puts you in a very powerful position to change them.

If you have been thinking about joining now is a great time to do it.

How the Membership Program works:

Each month I do a webinar on a topic of Business Leadership and Career Success where you get insights and tools to advance your career.

Also you get me as a mentor in monthly Coaching Hour conference calls. You get to ask me your own questions directly.

Members get access to everything in the Member Library and…

If you join now, you’ll get 3 months free (15 months for the price of 12) AND you can get started with the Career Year of Action guide in January.

Managers: Give membership to your team

Companies find this to be a highly practical, effective, and low cost option to provide meaningful development to their employees.